At Springmont, we’re proud of our school and like share the accomplishments of our students, alumni, faculty and staff. Here you’ll find information about Springmont including recent school news, articles about our curriculum and other interesting items.  For additional press or media information, please contact Julie Strickland jstrickland@springmont.com or 404.252.3910.

News from the Hives! 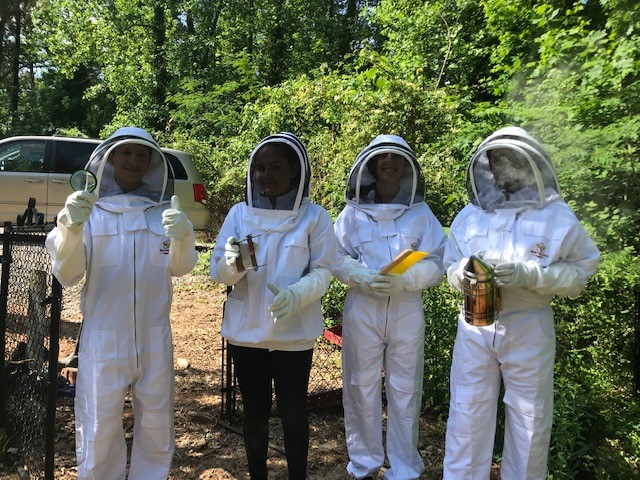 Thanks to a grant from the Bee Cause Project and Whole Kids Foundation, last spring Springmont became home to two hives of honeybees! Since then, Elementary students have had a series of lessons about all aspects of life in the hive. They covered bee biology and anatomy, including what makes a bee an arthropod, botany and the parts of the flower, the process of pollination, and the life cycle of the bee.  In August, students also participated in the Great Georgia Pollinator Count.  Middle School students received the same lessons but delved deeper into the effects of agriculture on ecosystems, the importance of pollinators in our lives, and bee genetics. There was even a discussion about the Honeycomb Conjecture, a mathematical hypothesis regarding the efficiency of the honeycomb shape!

We are excited to announce that our bees have produced a small amount of honey and that we’ll be auctioning off a jar of Springmont Golden Bead Honey at the Auction!  And, Upper Elementary students will be invited to participate in Springmont’s first Bee Club as part of our Spring Enrichment offerings! Bee Club will be open to 8 students who are interested in learning more about beekeeping techniques and the impact bees have on the environment. Students will focus on ways to help pollinators, research ways to counter the global decrease of bees, conduct hive inspections, and learn more about bee biology and health as well the construction and maintenance of hive equipment. 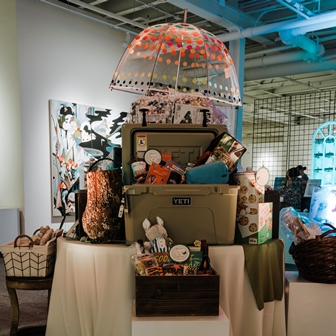 If you’ve been to the Springmont Auction before, you know this fun event features a great silent auction in which bidders have the chance to take home exciting items, all while financially supporting our school.  These items don’t come to us by chance; volunteers work hard to procure items from local businesses, but some of the most bid upon items come from other parents in our community. Last year parent donations included:

Please take a moment to consider what your family might have available to contribute to the auction.  Feel free to reach out to me at yanamarie@yahoo.com or to Lauren Stevenson at lstevenson@springmont.com with questions or ideas! We look forward to celebrating with you on April 18!

Support the 2020 Springmont Auction as a Sponsor! 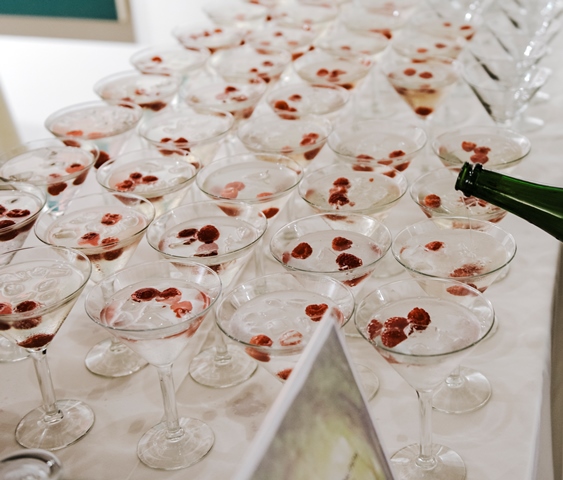 This year's auction, Havana Nights, is scheduled for April 18! We rely heavily on sponsorships to cover the costs associated with this highly anticipated community event. Show your company and/or family’s support by becoming a sponsor of the auction today! Click here for a paper sponsorship form or click here to complete your sponsorship online. Sponsorships must be received by March 27! 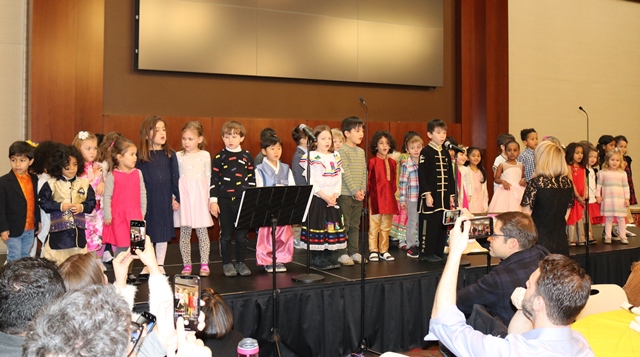 Thank you to our students, their teachers, and Music Teacher Carissa Gibson for a spectacular musical performance, to our many parent and staff volunteers for helping with set-up and clean-up, and to all the families who brought delicious food to share!  This event is a testament to the strength of our school community and a grand celebration of our diversity. Click here to view more pictures on Facebook!

Ask a Division Head: How does Montessori deal with STEM learning? 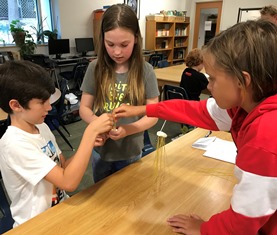 While many of us grew up during an educational era focused on the 3 R’s - Reading, wRiting, and aRithmetic, the buzzword we hear most often today is STEM (Science, Technology, Engineering and Mathematics).

The STEM movement began with an 1862 act of Congress that set aside land for creating universities.   While most institutions were focused on agriculture, the Industrial Revolution pushed the educational world into fostering advancements in engineering and technology.  After World War II, countries that had already embraced engineering and technology education had distinct advantages.  The last straw for the United States was the Soviet’s launch of Sputnik; the ensuing space race and the creation of NASA caused STEM initiatives to become a dominant educational push.  Initially, STEM subjects were taught in silos, but simply adding a technology and engineering class to the existing curriculum was discovered to be ineffective, leading traditional educational models to look for other ways to apply STEM concepts.

Maria Montessori was not only looking at alternative ways to educate children in general, but also at ways to incorporate these new subjects. She believed children need to adapt to their time and place and developed her method to seamlessly and naturally include STREAM (STEM plus Reading and the Arts).   This means that in a Montessori classroom, no subject is learned in isolation.  Children are taught to sort and categorize knowledge and encouraged to develop curiosity about the world. Then, they are guided to find answers to their curiosities.   Montessori naturally develops a STEM mindset, one in which children see the world as interrelated; knowledge gained in one area is seamlessly applied to other areas. Math, Science and Technology aren’t taught in isolation; instead, they are interwoven and intertwined so that students come to understand all aspects of a concept simultaneously and develop an ability to look at the world through a problem-solving eye.

Ironically, as traditional educational models rethink their STEM programs, they have begun to include opportunities for students to use technology and engineering to solve “real-life” problems in math and science classes.  These opportunities have long been completely ingrained in the life of a Montessori student, and your child is empowered to be a problem-solver every day.  Innovation and collaboration are organically nurtured, not squeezed in between other lessons. The hands-on learning and independent discovery that Springmont’s Montessori environment fosters are well aligned not only with the goals of STEM education but also with Reading and the Arts, rounding out a comprehensive STREAM curriculum. In short, Montessori is the original STEM and STREAM learning environment.

News from the Hives!
Help Us Build a Great Silent Auction
Support the 2020 Springmont Auction as a Sponsor!
International Night was Spectacular!
Ask a Division Head: How does Montessori deal with STEM learning?
Student-led Stuffed Toy Drive
It's Time to Register for our Toddler Summer Program and Primary Summer Camp
International Night is this Saturday!
Put your Georgia Taxes to work for Springmont!
Why K-8?

Springmont School.
4 days ago
Happy Valentine’s Day! Today, and every day, is a great day to show your love for Springmont! Become an auction sponsor! https://springmont.auction/tickets

Springmont School.
5 days ago
Photos from Springmont School.'s post
Today's Dress Rehearsal of the Middle School performance of A Midsummer Night's Dream was phenomenal! Opportunities to explore the arts and to work together to accomplish a common goal are invaluable experiences for middle school students. In addition to gaining cognitive and social skills, students who participate in performing arts are more adaptable, have greater self-esteem and are more comfortable with self-expression and less anxious about public speaking.
View Post